Breaching the barricade: the beginning of the end for containing Auckland's growth

After 25 years of opposing indiscriminate urban containment – some of it through this blog, more through advising clients (including councils) and participating in Environment Court Hearings – it is pleasing to me to see the growing tide that looks like sweeping it away.  This is not a tide that will block higher density development where that offers benefits to the households and businesses that may occupy it. But it is a sea change in thinking that promises to restore a semblance of balance in planning and policy for Auckland City and its citizens.


And this should not just be about houses. It is about the people who occupy them and the communities they live in.


Breaching the barricade
It’s clear that limiting land supply by means of the Metropolitan Urban Limit (MUL, and now the proposed Rural Urban Boundary) is at the heart of the Auckland housing crisis – too few homes, over-priced dwellings, and a growing economic and social divide defined by access to housing.
The housing storm is not only causing social distress and undermining the liveability of Auckland; it is also influencing the Reserve Bank’s role in monetary policy and impinging on public discussion around migration and population policy.

After two decades of myopic urban policy, this travesty is finally gaining widespread recognition .  Today politicians are picking up on years of analysis by the Productivity Commission, among others in proposing doing away completely with the MUL.

Failure to recognise the simple truth that we need to expand the city to accommodate an expanding population means that candidates who don’t change tack could find themselves foundering in the forthcoming council elections.


The bigger picture
This is not an Auckland-only debate.  All OECD nations are experiencing it one way or another; and even developing nations are confronted by western advisors seeking to transfer this particular practice to places where it is neither relevant nor appropriate. How urban policy has got into this mess is another issue for another time.
Within New Zealand, plans to compress urban settlement are not confined to Auckland.  Containment has long-been a preoccupation in Canterbury, driving thinking about the shape of Christchurch even though the city has little more than a quarter of the residents of Auckland.  The compact city policy was hung onto even after earthquakes destroyed swathes of the inner city and its eastern suburbs.  It also holds sway in Wellington where the physical geography and risk profile are hardly conducive to more intensification.


The risks
Now that the Auckland community, through its politicians, is contemplating changing course, let’s not make the mistake of assuming that this can be done simply by building more houses.  It’s actually about building communities, and repairing the damage done by years of denying the need for more land.  And it’s about doing so in a manner that is sympathetic to both the environment and the public pocket.
Launching lifeboats does not solve the problem: it simply changes the risks.  Take the creation of Special Housing Areas in Auckland.  First, there is the collateral damage to the Resource Management Act. Its credibility and currency are undermined when it has to be bypassed in this manner.  That has to be attended to.


Second, and more importantly, we are now faced with proliferating housing under pressure, much of it sprawling grey over the edge of currently built up areas, with little regard to the need for local employment, access to retailing, services, parks and walkways, and green space, or for strong arterial connections to other parts of the region.  We risk creating potentially new forms of deprivation in communities, lacking amenities, physical stranded, and socially isolated. 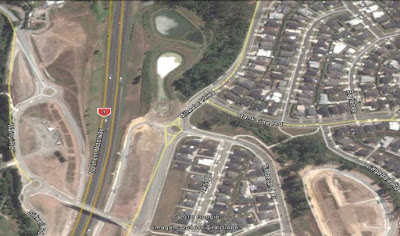 The haste with which the Council is rushing through Special Housing Area approvals risks a shortfall in the quality and capacity of infrastructure.  And the opportunities SHAs offer for developers to make rapid commercial headway also raises questions over the quality of urban design that will be achieved.
Some success stories?
That is not to deny examples of well-designed housing areas with some integration into the fabric of the city.  Hobsonville Point is the exemplar, but well-founded developments like this shouldn’t need to rely on special housing status and, ideally, should be readily achieved under existing legislation.


Ironically, the success of such projects results from the damage already done because they can command high prices in a market starved for dwellings.

Unfortunately, this doesn’t make for affordability relative to even Auckland City's aspirational cost-to-annual income ratio of 5 (compared with the more conventional, and historical 1:3 ratio).

For example, a three bedroom, one garage home  in the latest Hobsonville Point release would typically cost in excess of $800,000. Four bedroom homes with capacity for two cars are priced around $1m or more. The recently reported average salary in Auckland (of $74,000, which has been labelled unrealistically high, and no doubt sits well above the median income) suggests prices well over 10 times the average income for the majority of new homes in a high density suburb.
And even well-designed developments generate substantial traffic on an already overloaded regional network.  Hobsonville Point adds to congestion on the under-capacity north-western motorway. Additional swathes of housing on the Hibiscus Coast are overloading critical motorway intersections in the north, even as their commuters crawl past local land long-slated for employment uses that for some reason has yet to get off the drawing board.


Charting the way forward
The only way to get new Auckland houses priced anywhere near a price to income ratio of one:five is not to lift supply in an incremental fashion behind an arbitrary barricade (a sure recipe for sprawl), or in keeping with potentially spurious projections of dwellings, or even to toss out Special Housing Areas here and there.  It is to open up the supply of land across the region to the disciplines of the market, subject to some important qualifications.


Doing so should be innovative, comprehensive development shaped around the needs of households and communities, rather than by the predilections of a particular phalanx of planners and their political patrons,
At the very least, though, any new housing areas should at the outset include land for new business investment to absorb and take advantage of an expanding labour force without obliging commuters to sit for hours in cross-regional traffic.  This means enabling large, generously landscaped, high amenity, and readily accessed land for employment.


New urban precincts also need adequate community resources by way of commercial and cultural centres, formal and informal parks, and the means to access them, on- and off-road.
Finally, it is important to find new ways to fund development, ways that recognise the long-term benefits to the community as a whole of investment in modern, efficient infrastructure.  It is pleasing to see the proposal by the Labour Party to move towards long-term funding via bonds which will spread both the costs and the benefits of sensible, comprehensive development.


Avoiding the shoals
Breaking down the barricade does not mean that we should sail into uncharted waters.

Basic building codes and environmental standards will be required to ensure the integrity of development.
It is important that areas of environmental sensitivity beyond the city are flagged.  Most of them are known – areas of native bush and regeneration, cultural and heritage land marks, areas of physical instability, wet lands, reclamations and low-lying coastal zones, flood-prone river valleys, and the like. Areas of elite, high producing soils that society particularly values may also be flagged for preservation.

But charting these shoals in the course of expansion is a preferable approach to development than a city anchored behind a barricade.